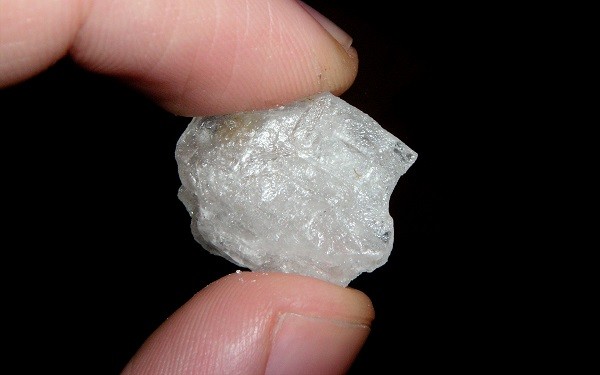 Jaka, a 43-year-old man from Jakarta has used sabu-sabu, or crystal methamphetamine, for over eight years. He works in the entertainment industry, and he feels that there are not enough hours in the day to cope with his demanding job. On a normal day, he starts early in the morning as a crew member for movie shoots between 2 and 4am. Then from 8am to 4pm he teaches dance and creates choreography for his company. Adding to his heavy workload, Jaka also makes costumes and mixes songs for his choreography. Sabu-sabu helps keep him awake during those long days – something that many users can relate to.

As with most people who use sabu-sabu in Indonesia, Jaka’s lived experience is ignored when making drug policy. More often than not government equates using with dependence. The law tends to see all sabu-sabu users as people suffering from addiction that need to be treated and weened off the drug. Indonesia’s anti-drug agency, the National Narcotics Agency, reports that more than 850,000 people use sabu-sabu, and that it is the second most popular drug after cannabis. This statistic has alarmed Indonesia’s policymakers, resulting in a sharp increase in the number of people forced to undergo treatment.

But many users report being in control of their sabu-sabu use, and that they use not because of dependency, but because it also helps them to manage the demands of life and work in Indonesia.

In 2017, the first large survey on integrated biological and behavioural characteristics amongst sabu-sabu users in Indonesia concluded that the average usage frequency was six days per month. It also categorised users according to the World Health Organization’s Addiction Severity Index, that helps governments develop evidence-based policy for management of substance use. Only seven per cent were ranked at the problematic level, where users show withdrawal symptoms because they do not have adequate intake of the drug. In other words, most users in Indonesia tend to be less dependent on the drug. The situation in Indonesia was different from countries like neighbouring Australia, where 60 per cent of its using population were classified as dependent.

In Indonesia, use of sabu-sabu is mostly recreational, and many do not perceive their usage to be problematic. Mika, a 25-year-old woman from Makassar who is unemployed explains: ‘I cannot say I’m addicted to sabu-sabu because although I use it every day to support my daily activities, I can reduce my dosage [whenever I choose to]. As long as I get one-to-two shots everyday it is enough for me’.

In other lines of work, sabu-sabu also helps users be more productive on the job, helping them to earn an income and pay the bills. Mida, a 22-year-old sex worker from Medan, uses sabu-sabu to help her manage her demanding schedule. Mida says, ‘[Sabu-sabu] kept me awake until late at night while waiting for clients to arrive’. Similarly, 20-year-old Mina told us, ‘I don’t make money if I’m not using during my working hours’. Despite popular perception to the contrary, selling sex is not criminalsed in Indonesia. Yet, social prejudice related to the profession is pervasive due to religious beliefs and widespread social stigma against sex workers, who are commonly viewed as ‘home wreckers’. Sabu-sabu may also be a coping strategy that allows these women to practise their trade and make a living despite social disapproval.

Sabu-sabu is also known to help some users get important, but unpaid, work done. Mora, 45, a housewife in Jakarta, explains how she uses sabu-sabu: ‘I use only once a week, when I know I have to do lots of household laundry...My friend teases me that I should [do laundry] by washing machine instead, but I felt certain pleasure from doing sabu-sabu and washing by hand. I felt happy and relaxed. I found the beauty of doing my household work because of sabu-sabu’. In no way is Mora’s reasoning a call for all housewives to start using sabu-sabu. But it is a form of self-indulgence that is often manageable with a small amount of one-on-one or family counselling, education and relapse prevention training, rather than her being subjected to forced treatment.

These positive feelings persist partly due to the nature of the drug itself, which is a stimulant. Sabu-sabu increases the amount of the chemical dopamine in the brain that controls body movement, motivation and the reinforcement of rewarding behaviours. Our research shows that long-term use does not lead to negative experiences. In the view of those users, as long as they have the capability to start and stop using sabu-sabu, there is no reason to quit.

Instead of describing negative experiences of using the drug such as intense cravings and inconvenient withdrawal symptoms, most sabu-sabu users describe positive experiences. Joko, a 30-year-old blue-collar worker from Jakarta, describes sabu-sabu as being ‘different from putaw [heroin], which gives you cravings ... With sabu-sabu, if you have money and you need the drug, and with friends to support you, then that’s when it happens. But when alone or whatever, we can still distract ourselves’. By contrast, dependent heroin users may feel that the drug has taken over their lives and even self-identify as dependent.

Understanding the positive experiences of sabu-sabu use is a key challenge for health and law practitioners tasked with guiding policy around drug rehabilitation and social reintegration. Only with a greater breadth of perspectives and knowledge will policymakers be able to identify who is actually in need of support, and what support they need.

This article was publised in https://www.insideindonesia.org/crystal-meth-users-in-indonesia?fbclid=IwAR38qa01Sokv95xhO1pp_i47iOXvIW841-X6QgbG_OPTr-ROd-D-xA35j4o